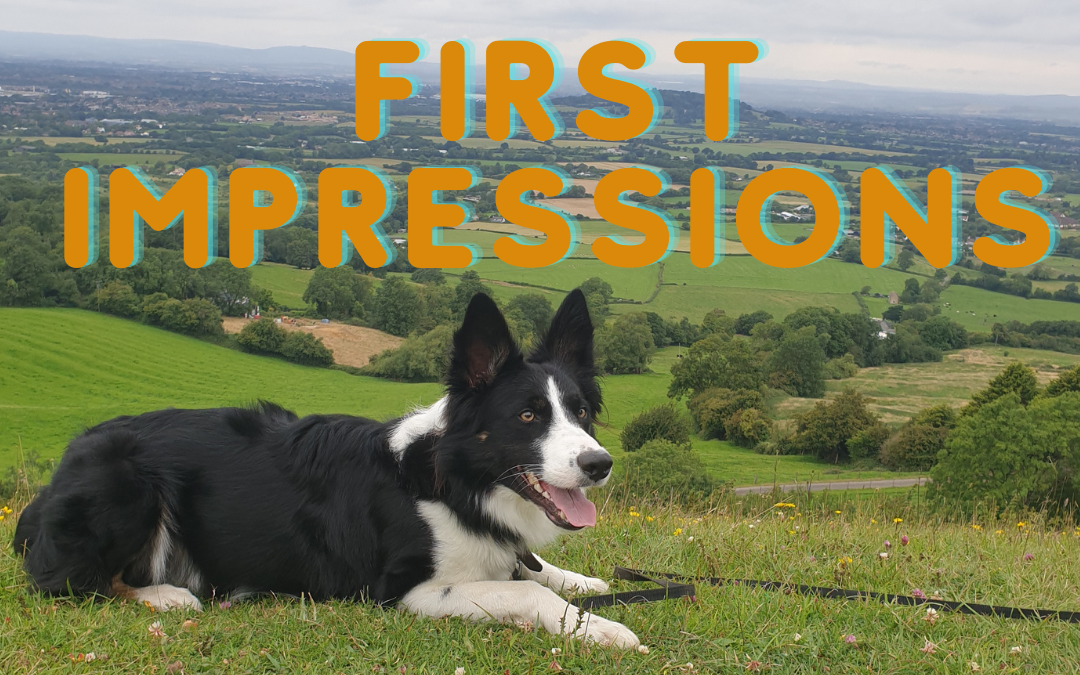 The other day, I had the pleasure of bringing my 2-year-old border collie into work for the first time. One of the problems with lockdown, to which I am sure many dog owners can relate, is that my dog has got used to having company 24/7 for well over a year now and he does not react well to being left alone.  However, this provides a great excuse to bring him into the office with me.

Initially, I had my reservations about bringing my dog to the office. I was worried that he would ruin something or he would no longer remember that the bathroom is outside! However, I decided to risk it and dive straight in – after all, it was for both our benefits.

Anyone who owns a working dog knows that they can be a bit much at times.  They need a lot of exercise and mental stimulation otherwise they can get bored easily. Luckily, I have not lived through some of the horror stories I have heard, such as someone’s collie managing to make a hole in their kitchen wall!

When we arrived at the office, we went straight to the break room where he got to meet his two new best friends. He had a sniff around and tried to examine every corner of the room. He got lots of fussing as he explored. He was even lucky enough to get given some cheese (in return for a trick of course!).  After he was familiar with the smell of the place and had got used to the people, it was time to take him to my desk. I sat down with him and told him to be a good boy and stay under my desk.

Within 3 minutes, I had already lost him. Panicking I went searching for him only to find that he was getting attention from everyone in the office. So, I decided I need to calm down and let him do his thing.  Surely someone would shout me if he was causing a problem! I went back to my desk and did some work. After about hour, he was still missing. I found him under the Sales Director’s desk who was clearly his new best friend. I tried to get him to come back to my desk but he refused which just shows that apparently I am not his favourite person in the building.

After working for a little while longer, I went to check on him again. He was gone! I asked everyone in the office and they hadn’t seen him. PANIC, PANIC, PANIC. I rushed out into the corridor hoping he had gone into the break room in search of food. In the corridor, I found him and the Sales Director playing fetch. Relief! I began to laugh and the Director looked at me guiltily. She said she needed time away from the computer and thought she would play with her new best friend.

That is the best part of having animals around you when you work. They give you a chance, and a reason, to have a mental break when you need it, making your working day a little bit less stressful.

Towards the end of the day, the CEO called me over and said he had a present for me!  I was so excited!  What could it be? He then pulled out a frog with a tennis ball for a stomach.  He clearly doesn’t know my taste that well. It turned out the present was for the dog, not for me. You should have seen the excitement in my dog’s eyes when he heard that the toy squeaked! I was now his 4th favourite person in the building.

He then proceeded to spend the rest of the day showing everyone in the office his new toy, giving them the “play with me” eyes.

Finishing for the day, both me and my dog were excited for him to come in again. I can safely say he passed his first day with flying colours.  The only problem is, when I bring him in again, he might not want to come home with me but stay with his new friends!

Non-necessary cookies are used specifically to collect user-specific data for analytical purposes. We have these enabled by default, but you can disable them at any time. We do not use cookies to gather personal data for marketing communications and only use the non-necessary cookies for traffic analysis